The Sleep Lab at Hamilton General Hospital specializes in the diagnosis and treatment of sleep disorders in adults.

Every night, millions of people go to sleep hoping to wake in the morning rested and relaxed. However, for many, this is just not possible. They suffer from a sleep disorder. In fact, more than 40 million Americans suffer from some variety of sleep disorder. For most, the problem is hidden behind the veil of sleep and remains mysterious. Each year, approximately 10 million Americans consult their physicians regarding sleep complaints making sleep-related problems the THIRD most common complaint heard in the physician’s office (behind colds and headaches). Today, there is much that can be done, through technology and therapeutics, those afflicted with sleep disorders are beginning to find relief.

Sleep is an integral part of our lives.  Indeed, lack of proper sleep has been shown to be associated with many physical and cognitive ailments.

During a sleep study, a polysomnogram uses sensors on your scalp, face, chest, limbs, and finger to record brain activity; eye movement and other muscle activity; breathing, heart rate, and blood pressure; how much air moves in and out of your lungs while you're sleeping, and the amount of oxygen in your blood. No needles or medications are used during a sleep study.

The sleep study is done in a comfortable, private room in the Sleep Lab on the Hamilton General Hospital campus.  Our objective is to provide a natural sleeping environment with hotel-like accommodations. Generally, the patient reports to the hospital at 8:30 pm and the study begins by 11:00 pm. Patients can wear their own pajamas and bring their own pillow, if they prefer. The study is usually finished by 5:00 am, so most patients are discharged in plenty of time to get home and get ready for work.

Talk to your doctor to see if a sleep study test at Hamilton General Hospital Sleep Lab is right for you. A better night's sleep might be just a phone call away. 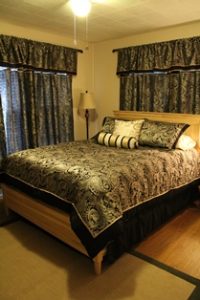 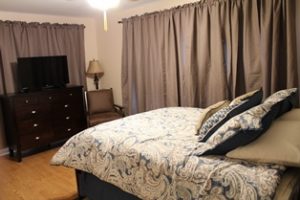 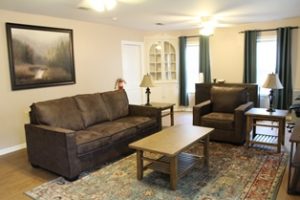